Development of Instruments for Pioneering Research

In working for renowned institutes in pioneering scientific research

Instruments for use in vacuum, cryogenic or magnetic environments

Embedded in the technology & manufacturing hotspot of the world

The Key to Bespoke Scientific Instruments

We stand out in the development of cutting edge, bespoke scientific instruments. We enable the scientific community to perform the most extreme experiments. These are our assets.

What do we Offer 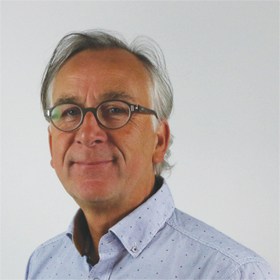 We share the curiosity with respect to the questions in present fundamental science research. We deploy our expert knowledge in precision engineering and mechatronics instrument development to contribute to the advances in this field.

Pioneering scientific research pushes the limits of technical feasibility in instrumentation development. Therefor the development of bespoke instruments is not always easy to manage in terms of timing and budgets. On top of that, these programs are mostly executed under rigid administrative and financial regulations. This can complicate the involvement of commercial development partners. However, our leading engineering expertise and our long-term experience in this working field make that we can excel within this challenging environment.

We have cleanroom facilities for assembly, integration and testing. We don’t have manufacturing facilities as we closely cooperate within an established network of subcontractors that is specialized in manufacturing high precision parts, optics, surface treatments, etc. These companies are part of the global technology and manufacturing hotspot, related to the vast high-tech OEM industry in our (Eindhoven) region. In such a way we can keep full focus on our key expertise which is developing innovative and pioneering scientific instrumentation.

We are always open for new opportunities. Let’s discuss what we can do for you!

Interested to find out what we can do for you?

We respect the confidential nature of the work that we perform for our customers. Therefore we can only display a small collection of our developments. Feel free to contact us to discuss any opportunity.

The light spectrum of stars contains valuable information for astronomy research. In order to derive the spectrum of a single, specific object in the sky it should be isolated from other objects. For the GTC telescope, the largest telescope in the world, it was envisioned to develop a configurable slit unit (CSU) for this purpose. This CSU should be able to make 55 individual slits, by inserting 110 independently driven masking bars with micrometer motion accuracy, from opposite sides of a 340 mm square field of view. And by the way, in a vacuum and 77 Kelvin (LN2) environment.

Within the given constraints of vacuum and cryogenic operation, and moreover the limited design envelope, there were no position actuators and sensors available on the market that could be used to drive the 110 individual masking elements. We came up with a promising concepts for both vital functions. Feasibility was proven by breadboard testing. From there a controlled project with integrated risk mitigation actions was defined; a clear path was followed from breadboard to a fully engineered and qualified solution via intermediate prototype milestones.

The CSU is installed as part of the EMIR instrument on the Gran Telescopio Canarias on the island La Palma (Canary Islands). It is the first instrument ever which enables (re)configuration of the masking elements at cryo temperatures in astronomy. By this, the CSU enables to capture a unprecedented amount of individual objects in the sky per observation night; the observing capacity is unrivelled by factors compared to other existing observatories. This means a massive step forward for the astronomy community in the quest to build a better understanding of the universe. 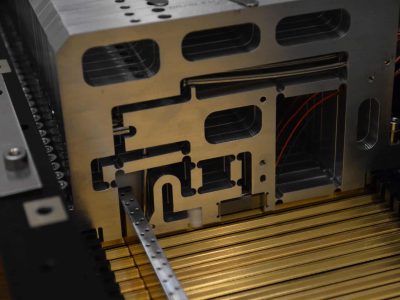 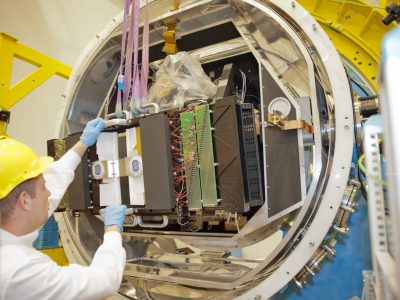 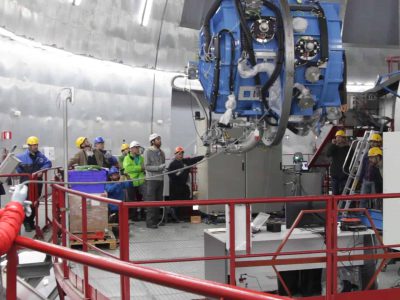 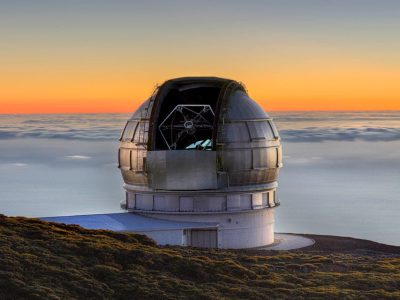 An renown cyclotron facility had identified the need to extend their capabilities for advanced material research in the direction of batteries and solar cells. More specifically, the need was identified to include a soft x-ray spectrometer within the energy range between 54.3 eV to 1836 eV. Such a system is not commercially available, though based on previous studies an optical scheme had been established for this spectrometer. Within the optical concept, a number of optical elements should be moved (gratings, aptertures, mirrors) over centimeters range with micrometer accuracy and submicron stability.

The design and realization of the spectrometer was tendered to the industry. The major challenge within the contract was not only the fullfillment of the motions, but also the stress-free and stable integration of the sensitive optical elements into the mechanism.

Out of the competition, we were contracted based on two decisive assets. The ability to use our own of-the-shelf actuators which were completely suited for the job was a decisive risk mitigation for the customer. Our long-standing expertise in kinematic and stress-free optical mounts was seen as a second crucial expertise.

The spectrometer has been designed and built by JPE. Manafucturing was sub-contracted within our established network of manufacturing partners.

The spectrograph is installed at the beamline endstation and succesfully commisioned. It will enable the scientific community to further extend material research to the benefit of the whole society. 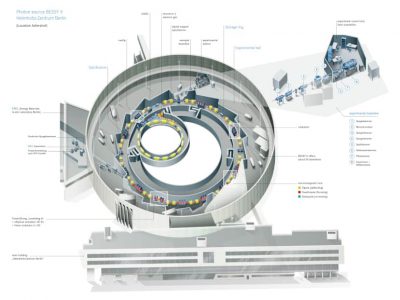 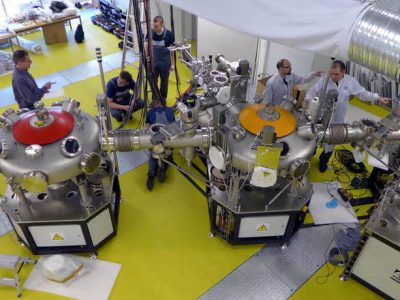 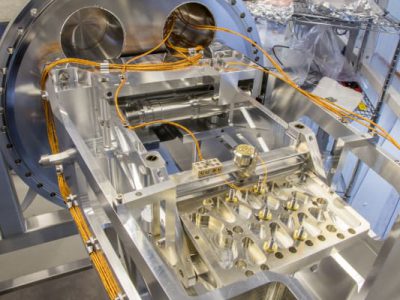 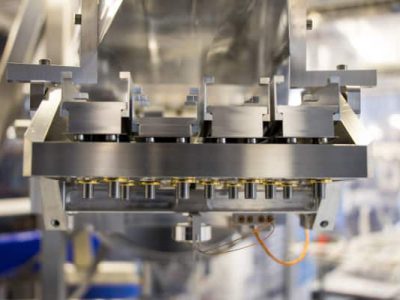 For various kinds of fundamental physics research, samples are placed in an extremely high magnetic field and then bombarded with neutrons. The scattering pattern of particles that are ‘blown away’ reveals valuable scientific insights.

The facility with the worldwide strongest continuous magnet for neutron scattering experiments was in need for a mechanism to rotate samples during experiments. In other words: we need a sample rotator that operates in a 25T strong magnet field, at Ultra High Vacuum pressure, and 0.5 K absolute temperature and within a very confined envelope at the extremely compact center of the magnet.

Based on our own of-the-shelf actuators with proven ability to work under these conditions, and our long-term experience in developing scientific experimental instrumentation we were selected as a partner for this development.

Due to the confined envelope availble within the magnet structure, we proposed the option to design the sample rotator mechanism as an integral part of the magnet inner core structure. This urged for a very close cooperation with the customer for proper alignment of all details, but it enabled us to come up with a bespoke design for the mechanism that fullfilled every aspect of the requirements.

The sample rotator was designed and produced by JPE. The core of the mecahism was was tested at JPE facilities at 4K before transfer to the customer’s facility to ensure up-to-spec operation before installation. Thereafter, the rotator mechanism is integrated in the setup at the customer’s site. Here it will open up new possibilities for users of the High Magnetic Field Facility for Neutron Scattering and allow to do exciting new research. 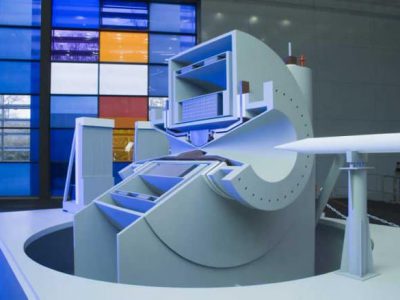 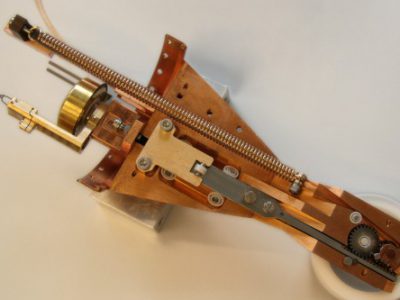 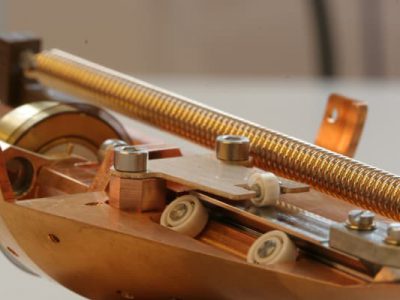 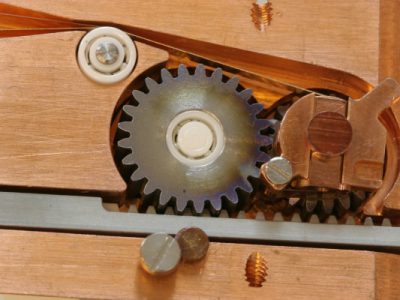 The Einstein Telescope is a future underground gravitational wave observatory. The border region of the Netherlands, Belgium and Germany is in the picture as a possible location. The ‘Einstein Telescope Technologies’ project contributes to the realization of the Einstein Telescope in various ways. Within this project, 12 knowledge institutions and companies are working together on the necessary breakthrough technologies, soil research and spin-off of technologies to other sectors. The project focuses on The Netherlands and complements other research and work within, among others, ETpathfinder, E-TEST and ET2SMEs.

Spin-offs beyond the horizon

The work packages of this project do not only contribute directly to the Einstein Telescope. There is also the prospect of applications in other areas. A great example of how modern physics can have a huge impact on technology and our daily lives is the widely used GPS in navigation systems: without the corrections resulting from Einstein’s general relativity theory, the satellite navigation would send the driver into a meadow after a few hours of driving!

In addition to developing the necessary technology for ET and generating technological spin-off, this project also aims to optimally position the Dutch industry for ET-related orders and to promote cooperation with various leading Dutch companies. Even if the ET will not be realized in the Euregio Meuse-Rhine, these parties will acquire a better starting position in future ET-related tenders. Conversely, by intensifying the collaboration with Dutch industry, the case for ET in the Euregio Meuse-Rhine will be strengthened, enabling The Netherlands to better position itself to realize a world-class scientific infrastructure within national borders with all the related positive impact on the region.

About the Einstein Telescope

This project was made possible in part by a financial contribution from the European Regional Development Fund (ERDF) of the European Union, the Ministry of Economic Affairs (EZK) and Climate and the Province of Limburg.
The ERDF and EZK funds are deployed through the OPZuid 2014-2020 Program and REACT-EU.
The Operational Program ERDF 2014-2020 Southern Netherlands (OPZuid) is a European subsidy program for the provinces of Zeeland, Limburg and North Brabant. The topics are promoting innovation and the transition to a low-carbon economy. The program is mainly aimed at innovative SMEs and strengthening cooperation between the business community, knowledge institutions and governments.
REACT-EU is a direct response from the European Union to the COVID-19 pandemic. The EU is making additional resources available for the economic recovery of the regions. Projects are innovative, ready to start and contribute to one of the five social transitions. The provinces of Noord-Brabant, Limburg and Zeeland have each individually identified specific eligible activities that are important for a green, digital and resilient recovery of the economy within their province. 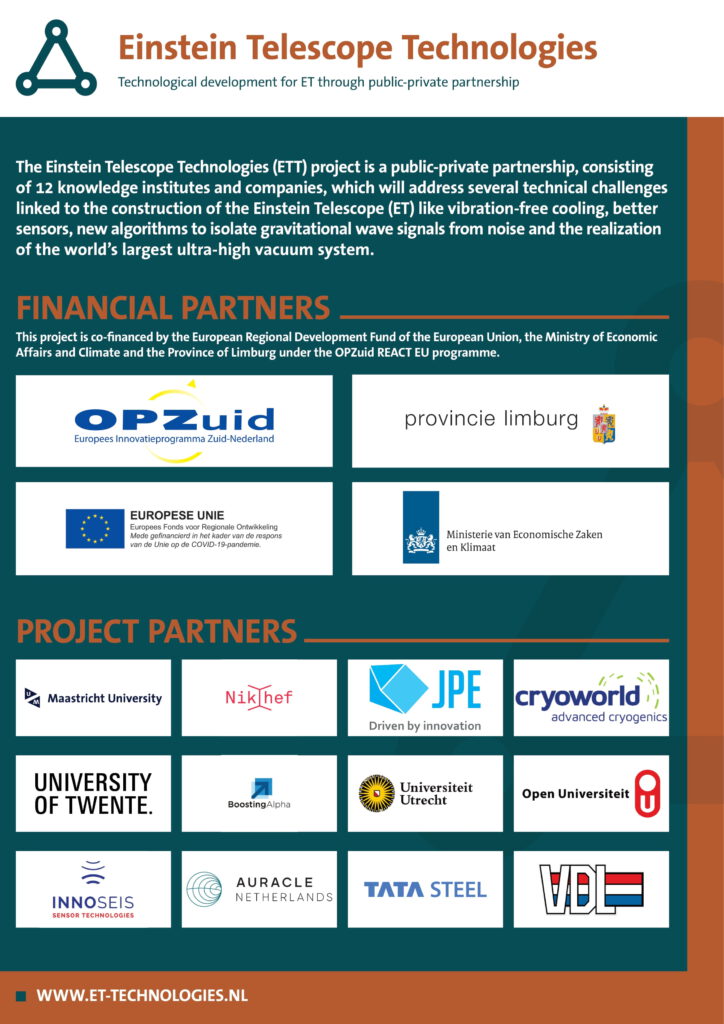