Home » Precision Point » PiezoKnob: Actuation based on inertia and stick-slip

PiezoKnob: Actuation based on inertia and stick-slip

The PiezoKnob is a stepping actuator with nanometer level resolution which, when powered down, combines a high holding force with sub-nanometer stability. This is of particular interest for high precision equipment operated in vacuum and cryogenic environments where heat cannot be removed by convection and cooling power is typically limited. The inertia & stick-slip based actuation applies elementary physics as explained in this sheet.

The inertial drive concept is depicted in the figure below.

Slowly decreasing the voltage shortens the piezo and the inertial mass is ‘pulled’ to position $x_1$. The moving mass remains on its initial position ($p_1 = p_0$) due to the friction.

Now, the voltage is rapidly increased to expand the Piezo to its original length. This rapid expansion accelerates the inertial mass and the resulting force on the moving mass overcomes the friction, causing a shift to position $p_2$. Because the inertial mass is larger (more inertia) it will move less backwards than the moving mass shifts forward. After this step the system is in steady state again, at position $p_2$, ready for the next step. 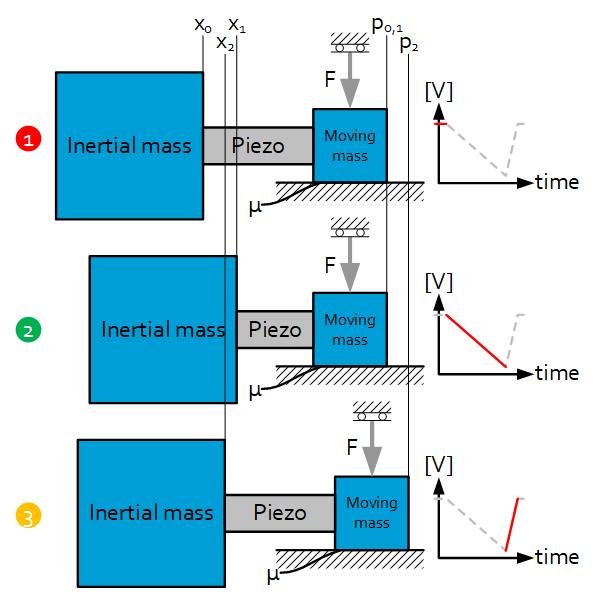 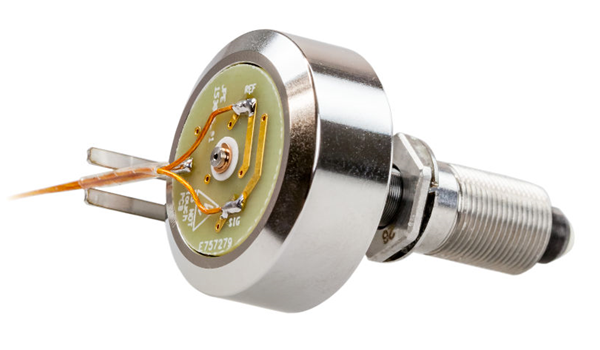 The picture shows the PiezoKnob, a linear actuator based on a rotational inertia & stick-slip drive. Inside the actuator, the linear movement of the piezo is converted into a rotation of the spindle, the moving mass, and the outer ring, the inertial mass. The contact between the spindle and its nut provides the necessary friction and because the spindle is self-locking the actuator has a high load capacity even when powered down. Furthermore, the slow drift typical for piezo elements only affects position of the outer ring and not of the spindle thus providing sub-nanometer stability to the payload.

*The PiezoKnob is a JPE product, see